Anyone who played Dungeons & Dragons during its golden age from the late 1970s into the mid-1980s will know that the most nefarious villain was not, as television’s Stranger Things now has it, Demogorgon, but another demon lord. In a widely played (or at least owned) series of adventures published during this period, players were … END_OF_DOCUMENT_TOKEN_TO_BE_REPLACED 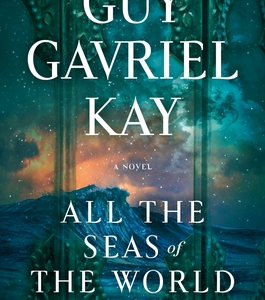 Three years ago, the Jewish Review of Books published my essay on the work of fantasy writer Guy Gavriel Kay. I discussed Kay’s early wrestling with the anxious influence of J. R. R. Tolkien, the intriguing ways Kay’s Jewish identity is both revealed and hidden in his novels, and the mode of historical fantasy he … END_OF_DOCUMENT_TOKEN_TO_BE_REPLACED

JOAN AIKEN'S THE WHISPERING MOUNTAIN British fantasy’s ruminations on the exile and restoration of the Jews reach a whimsical, latter-day conclusion in Joan Aiken’s children’s novel The Whispering Mountain (1968). Set in a fantastical nineteenth-century Wales, the book is a prequel to Aiken’s series that takes place in an alternate-history Britain in which the Hanovers … END_OF_DOCUMENT_TOKEN_TO_BE_REPLACED

At least one major Victorian fantasy writer, George MacDonald, was at times quite warm toward the Jews, and a landmark of British literary philosemitism, George Eliot’s Daniel Deronda, was published in 1876. Nevertheless, among the writers of late Victorian fantastic fiction, negative stereotypes of Jews outweigh positive representations, a trend that continued into the twentieth-century. … END_OF_DOCUMENT_TOKEN_TO_BE_REPLACED

In my last post I talked about Almamen, the protagonist of Edward Bulwer-Lytton’s 1838 historical romance Leila, or the Seige of Granada. A fiery Jewish nationalist born in the wrong era, Almamen is a gifted political strategist, driven and charismatic. One suspects that there a bit of Benjamin Disraeli in Almamen. The future prime minister … END_OF_DOCUMENT_TOKEN_TO_BE_REPLACED

Tolkien’s dwarves, as has often been pointed out, are based on the Jews. While the band that shows up at the home of Bilbo Baggins in The Hobbit has roots in northern European sources such as the Poetic Edda, Tolkien also gives Thorin Oakenshield and company a story of exile and a powerful yearning to … END_OF_DOCUMENT_TOKEN_TO_BE_REPLACED 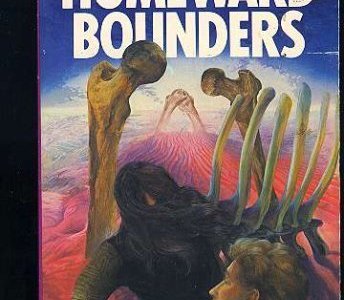 In Diana Wynne Jones’s 1981 children’s fantasy The Homeward Bounders, the 12 year old main character Jamie meets the Wandering Jew. A homeless man with filthy clothes and hair, he appears sprawled out in a city park. “His watery black eyes gleamed with a mad light,” we read, “and his nose stuck out from below … END_OF_DOCUMENT_TOKEN_TO_BE_REPLACED

King Solomon’s genies periodically escape their bottles in fantasy literature, but never more irrepressibly than in Jonathan Stroud’s bestselling Bartimaeus series for young readers. These books, a trilogy published from 2003 to 2005, followed by a 2010 prequel, provide rollicking fun, driven by the irreverent narration of their demon protagonist--who frequently punctuates the text with … END_OF_DOCUMENT_TOKEN_TO_BE_REPLACED

One Occult Jew deserves separate consideration. In both medieval legend and modern fantasy, the greatest of all Jewish magicians is without question Solomon, the famously wise king of biblical Israel. Son of the charismatic King David, the real-life Solomon ruled the prosperous and powerful Israelite kingdom for four decades at the height of its regional … END_OF_DOCUMENT_TOKEN_TO_BE_REPLACED

The final post in the series (though I will return to the topic). In the 1990s the occult returned to fantasy literature. An increasing number of works of fantasy, including many of that decade’s most accomplished, feature secret societies, ritual magic, arcane academies, motifs and ideas drawn from Renaissance hermeticism, and historical and urban environments … END_OF_DOCUMENT_TOKEN_TO_BE_REPLACED